The moment I heard Nipsey Hussle had been murdered my mind raced in a thousand directions and my heart sank. Like him, I’ve also supported my ‘hood for years- he as a rapper, me as a professional fashion/feature writer- and like him I’ve never really left it no matter where else I’ve traveled or how much education I’ve obtained. Love it or hate it, it’s home. Recently I even experienced my own symbolic demise when my efforts to help those in need was violently thrown back in my face with the new form of haterism currently en vogue in my fair city.

While Nipsey didn’t come back from his encounter with his ungrateful frenemy, I emerged physically unharmed but emotionally shaken and disgusted. Now, in the second phase of this eye-opening episode, my anger is still there but it’s slowly being replaced with a new mission to carry on Nipsey’s legacy despite the haters.

This epiphany came to me as I walked to the Baldwin Hills Crenshaw PlazaVic from a nearby doctor’s appointment, and saw the large photo of Nipsey emblazoned on the wall of the mall with the words Grammy Nominee Nipsey Hussle Victory Lap underneath. As I went through the entrance. I’d come through many times before, I felt a renewed connection that let me know this wasn’t going to be an ordinary visit-I was going to be that legacy that day-representing and supporting my ‘hood in style.

Before I even left home, that morning, I was inspired by transitions. To match my mood I decided on a boho/athleisure look and chose my black, cream and burgundy varsity jacket from Forever 21, my gray and pink striped sweatshirt from T.J. Maxx and my multicolored Knox Rose maxi boho skirt from Target. Do you know what the best thing about that outfit was? Everything was bought one bus ride away from my home and in my neighborhood. Even though the baseball cap I wore, to accessorize it with, came from H & M and my sneakers and shades from Ross Dress For Less the overall flavor of the look was South Central.

While I was attending CSULA, and earning my BA in Fashion Merchandising, my sartorial beat was Inglewood, California where my favorite thrift shop, Daniel Freeman Thrift Auxillary, was. Now that I’m earning an MA in Fashion Journalism at the Academy of Art University online, my beat includes Baldwin Hills Crenshaw Plaza. Full of memories, from visits with my mother and grandmother while growing up, whenever I have a school project now, it’s one of the first places I check out.

On the day I visited, two assignments loomed over me, an accessory styling one for my FSH 629 (Fashion Styling) class and an advertising campaign one for my FSH 630 (Fashion Marketing Strategy) class. As I ate my fish lunch in the food court and read my assigned reading in my Promotion in the Merchandising Environment textbook, I got to the end of the How to Build a Brand section where it had information about “linked advertising” and had a great idea. I was sitting right across from Victoria’s Secret and a lightbulb went off in my head. “Why not link with Victoria’s Secret for my ad campaign project?” I said to myself. I’m not sure if it was the silent promise I’d made to keep on striving, despite the shock of Nipsey’s death or my own renewed drive, but after getting the information I needed from the manager of Victoria’s Secret I scored some cool Sale geat and styling props from Forever 21 and Albertson’s. Best of all, I even found the perfect necklace, for my styling assignment, at Macy’s.

One sad side note almost marred my day, but considering the occasion, it was apropo. Selena Quintanilla the Mexican singer, who was so senselessly gunned down in the same manner as Nipsey, currently has a posthumous collaboration with Forever 21. Inspired by her sexy Latina style-tight jeans and midriff tops-it consists of pre-distressed skinny jeans, a “graphic tee,” “halter top,” “self-tie crop top,” “black and red cropped hoodie,” “print shorts” and other retro ’80s pieces. It’s clearly aimed at the Hispanic market. When I asked the clerk, who rang me up at the store, who was buying it, at first she said, “Everybody is. It’s flying out the door.” When I then asked her if mostly Hispanics were buying it, because it represented their aesthetic, she clammed up and looked confused.

I hope she didn’t think I was trying to insult her, or her culture, because that wasn’t why I wanted to know who was buying the Selena collab, I was sincerely interested. Personally, although my aesthetic is more eclectic, I do experiment a lot and could see buying the bike shorts and the hoodie. I’d keep them on trend, of course, with a tailored jacket and a pair of wide-legged pants but the sentiment would be the same.

Exhausted, but fulfilled, at the end of my visit I headed home feeling better that Nipsey’s hope for his people and community weren’t gone after all, and were definitely still alive at the mall. 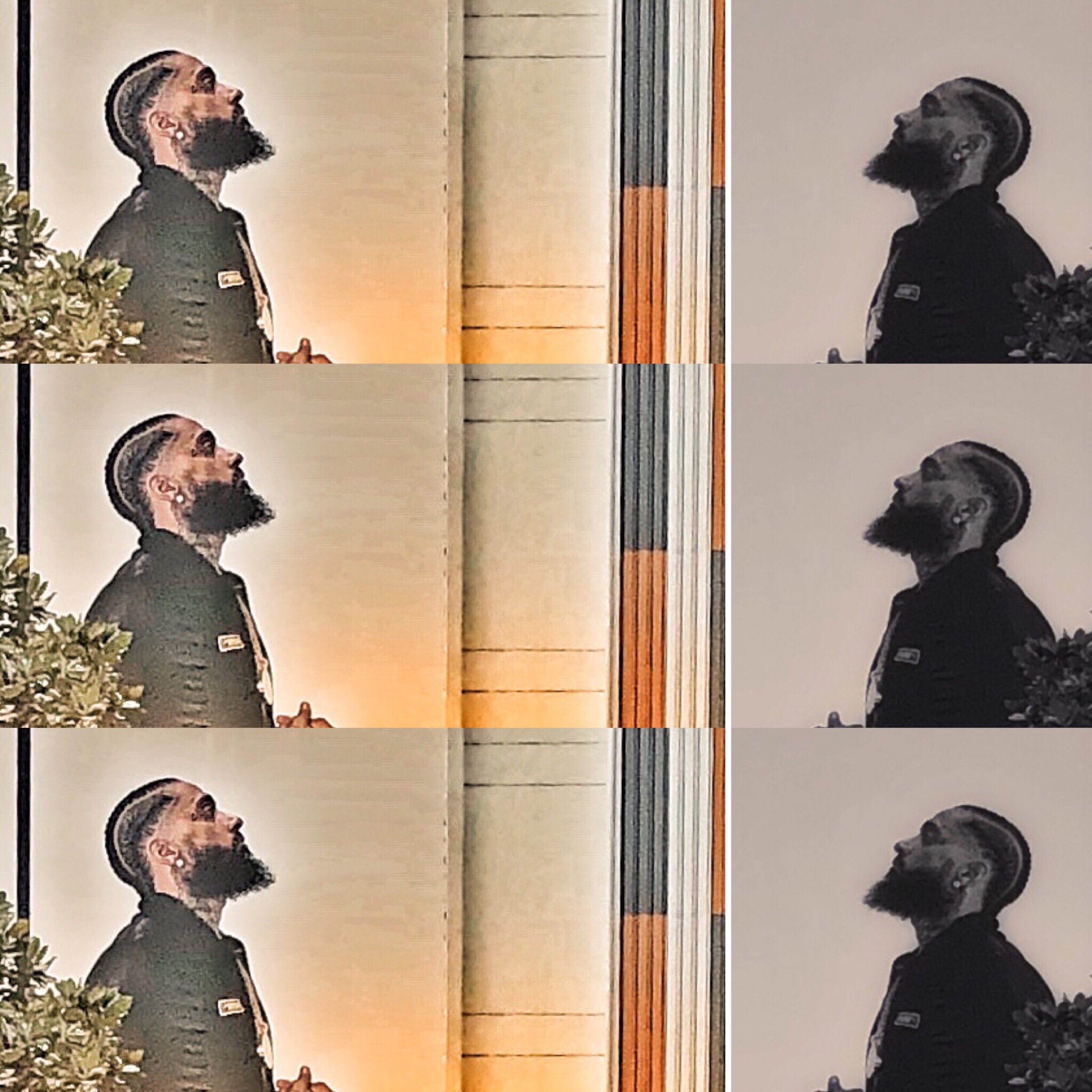